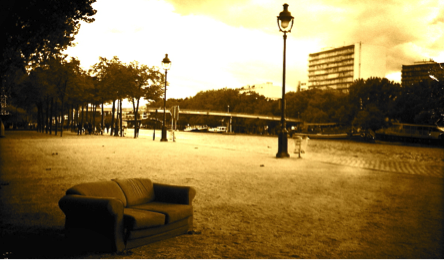 If I could turn back time.

I live in Paris, to be more specificI live in the 19th. My Arrondisament diverse in religious belives with people from all different backgrounds (myself included being English), but as I write this now there are Army troops with loaded automatic guns, deployed, to stand guard outside the local Mosques and Synagoges in the area just in case anything errupts. They are there because of the terrorist attacks that happened on the offices of Charlie Hebdo early last year and the following attacks that took place later in November.

Also in my quarter is a wonderful canal, the canal Ourqe. All year round people take their dogs for walks, play Petanque, sit and drink a beer, I have even seen people fix a rope between two trees and pratice the art of tight rope walking. It is a wonderful place, even just to come and relax to clean your head from the daily grind. Which is why on this occasion I found myself walking beside the water bypass and it was on this day I found my current sofa. Sounds strange, I know but sometimes it happens like that. Someone had discarded a perfectly good sofa and left it there by the canal. What luck, I’ve been looking for one like that for ages, it would be the perfect compliment to myself stylized living room.

I called a couple of my friends to help me come and move it back to my apartment which wasn’t too far from the canal so it wasn’t a big operation. The only difficult part was getting up the stairs, but as I live on the first floor it was only one flight. I paid my friends of with a couple of beers our local bar

The next day I gave it a thorough a clean. While hoovering under the cushions I found a Sim card for a mobile phone. I left it on the side for a while but then curiosity got the better of me. Sitting upon my new 2 piece, I took the and put it in to my phone, it asked me for an access code. I tried the manufacturers defualt setting and some what unsurprised but also excitied to see it had been accepted. The real surprise came a little later while reading through text messages. I thought the first one was perhaps a bad joke but the further I read the more it became clear. I had found the sime card of one of the main organisers of the terrorist attack on Charlie Hebdo. It was all their in brazen shoking detail what they were planning to carry out. If I could only turn back time.

When I was young I had a dog called Kiki, she was the most wonderful dog in the world with the deepest darkest eyes that looked straight in to your soul. She followed me everywhere and on occasions, while looking for adventure, I followed her. At meal times I would always slip her titbits from my plate and anytime I was sat on the sofa she was too, nestled upon my lap. In bed it was like having a living hot water bottle by your feet. Its true to say Me and Kiki, we had a speacial relationship.

Then the day came when it was time for me to leave the nest, comfort of parental living and go to University and Kiki was left behind. While away my parents decided to find Kiki a mate and breed her. It was a success. As it turned out my timing was uncanny. Weekes before I had decided to come and visit this particular weekend. As it turned out my arrival co-insdied with the arrival of Kiki’s labour. She had taken herself in to my old bed for the delivery which was fine by me and so that night I slept on the sofa. Early the next morning I was woken by the door being pushed open with Kiki’s snout and in the grip of her mouth a new born puppy with eyes shut and legs pushing in all directions was delicatly placed next to me. She then went back and brought another one to me before exhaustedly curling up next me and sleeping leaving the rest f her litter in the other room.

Trying to be an artist in this day and age is difficult, not just because there are so many now, always having to push to do something different, to do something original, bigger, better, brighter to get recognized, to stick out from the crowd but also just to live from day to day to survive. This is not a story of an artist but of someone moving to a new area. The move was inevitable; what with the steep rise in house prices and rent in the city has forced the ones that don’t earn enough further out on the periferique, further out on the edge of existence.

Mat moved in to his ‘new’ apartment on the 4th floor of a 1960’s council block on a grey winters day in early February. The grey of the day melded perfectly with grey of the building, which had slowly been crumbling since it had been built, but it was ok at least he had a home he thought to himself.

The lift had broken a longtime ago and so Mat rallied up and down the stairs until all of his belongings were in. Finally after some days he had arranged his flat and he was happy, but it missed just one thing, a sofa. His old sofa was not so much a Click-clack but a rather a Click-Kerplunk, so it never made it up to the 4th floor and had been taken away by the council even though he hadn’t even asked them to.

His new sofa cost him 40€ he found it in the back of a charity shop called that helps the homeless. They even agreed to deliver it to his front door. Tonight was the first night with his new sofa. He was quite excited. He made his tea and settled in front of the TV to eat it. It happened sometime later while he was watching Dirty Harry, just at the apart when he says “…ask yourself one question: “Do I feel lucky?” Well, do ya, punk?” Mat felt a sharpe prick in his bum, he jumped up and there underneath him poking out of the cushion was a now broken tip of a lead pencil. The missing part was now in Mat’s backside.

Rubbing his head and his bum and feeling slightly confused Mat pulled the pencil from the cushion, but as soon as he took it in his hand he lost all control of himself, the pencil had taken a-hold of his whole body. This strange energy propelled him towards the wall behind the TV. With the pencil in hand he began to draw, almost as if the pencil had a mind of its own. He didn’t stop. He finished drawing on one wall and went straight on to the next. He drew all night. It was nothing like he had experienced before, half way through the night he took a step back and saw what he had been scribbling. He was shocked, for there before him drawn perfectly was an exact copy of the ceilings of the Sistine Chapel and by the morning his entire apartment had redecorated with Michelangelo’s and Monet’s, Da Vinci’s and Picasso’s all expertly drawn and in glorious colour. Under shock, Mat couldn’t believe it, but there they were. Exhausted he fell asleep on the sofa. The next night when he awoke the pencil in-hand, he knew he needed a new canvas. Immediately he left the flat. He started with his front door and then his neighbours and after all the walls and doors on his floor, days past and he began to give colour to the whole council block. He drew through the nights and slept on his sofa through the days, it looked wondrous each floor covered in the most amazing replicas from the art world and when he was finished he moved on to the next block and then the next. He was giving colour to those who lived on the edge.

After a while things started to take there toll. Mat looked grey, old and thin, the point on his bum where the pencil had jabbed him all those months ago started to ache, the pain grew and grew and soon became unbearable. After one long night of drawing Mat came back to his flat and curled up on his sofa and fell in to a deep sleep. He dreamt of falling in to the sofa and being surrounded by wood. He never did wake up and some time later that old sofa found it’s way back to the charity shop looking for another home. 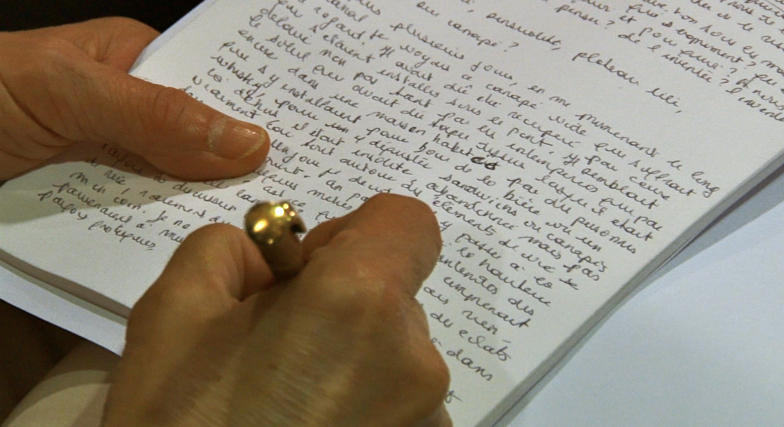 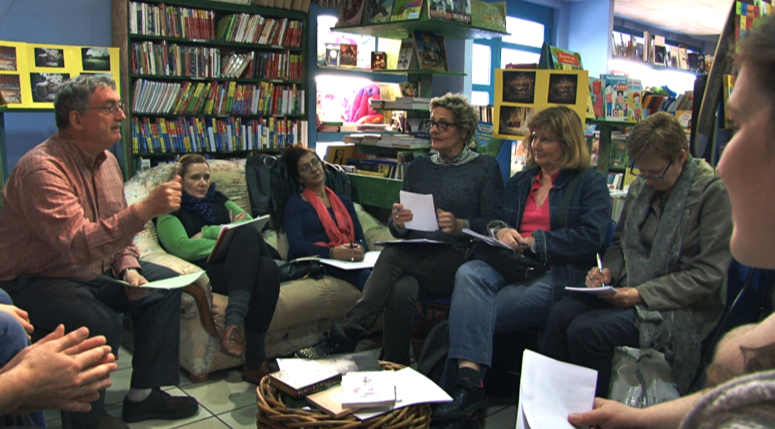 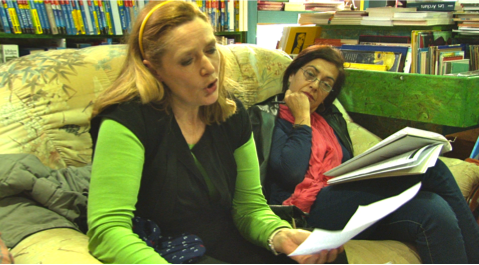 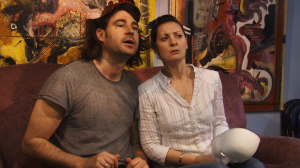 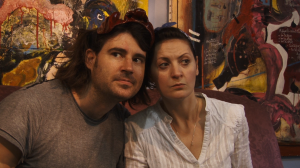 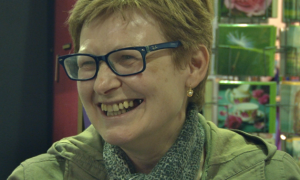 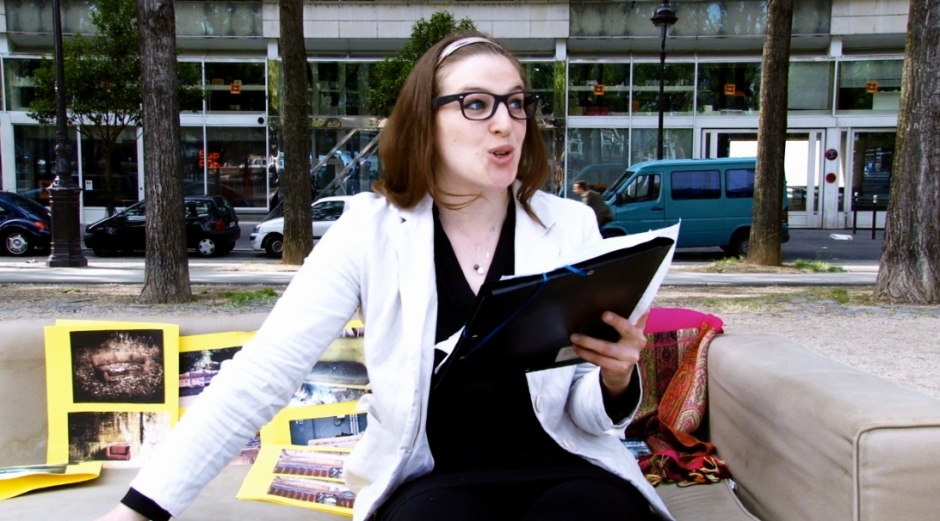 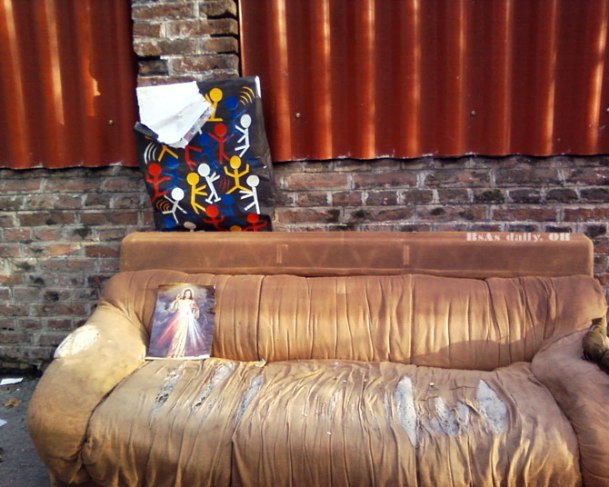 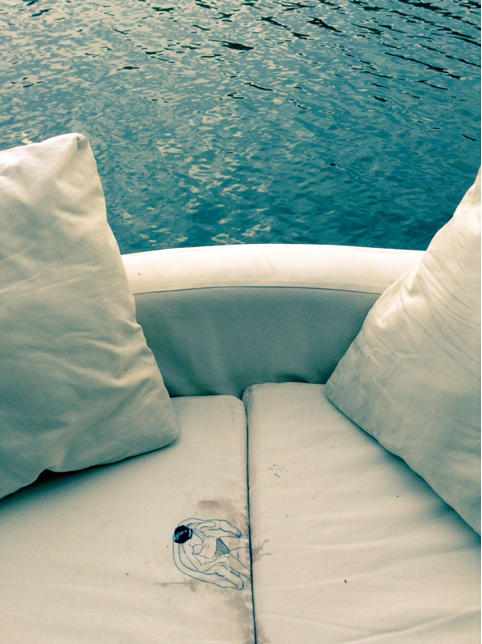 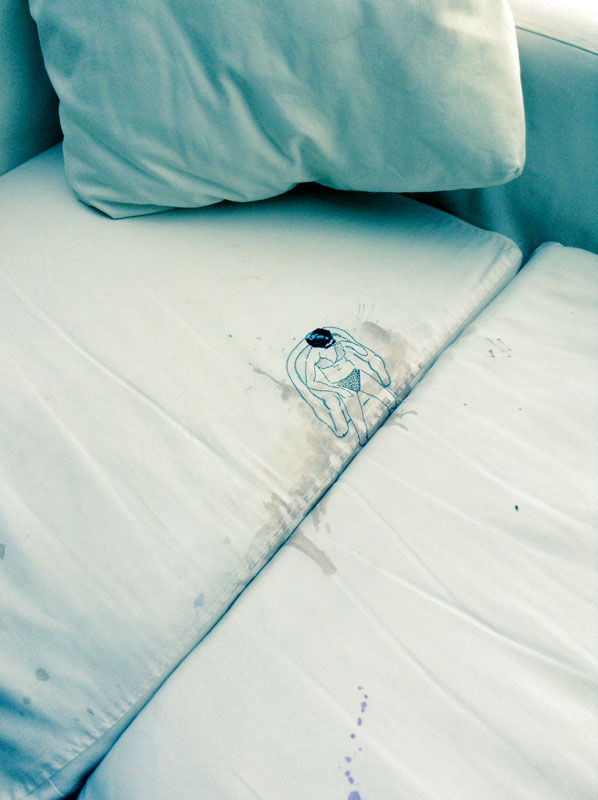 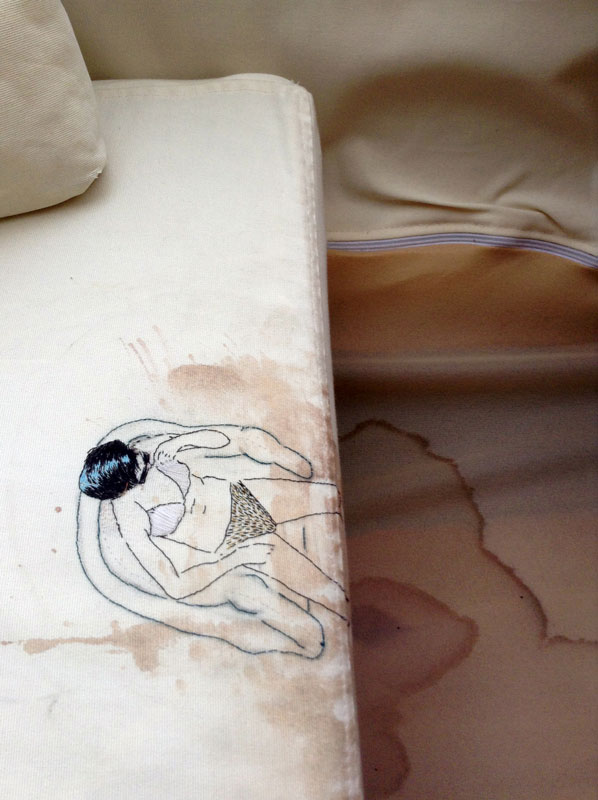 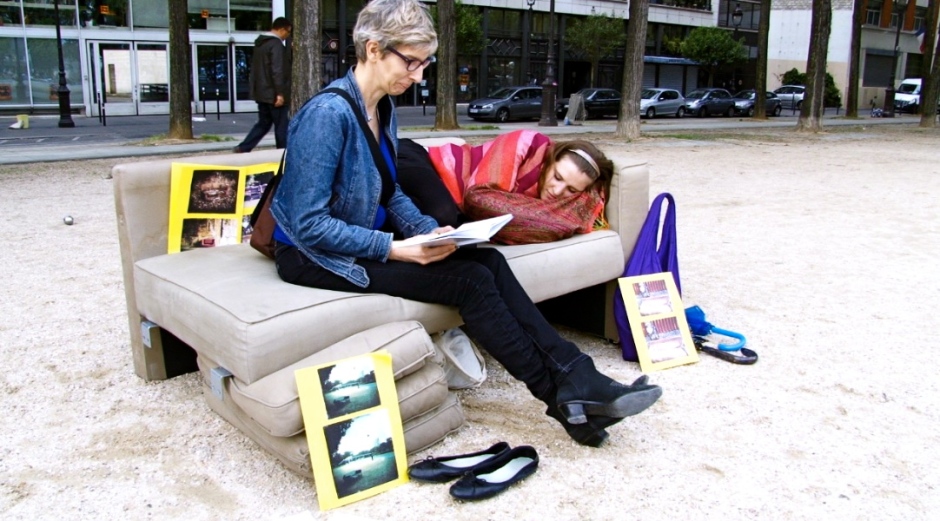 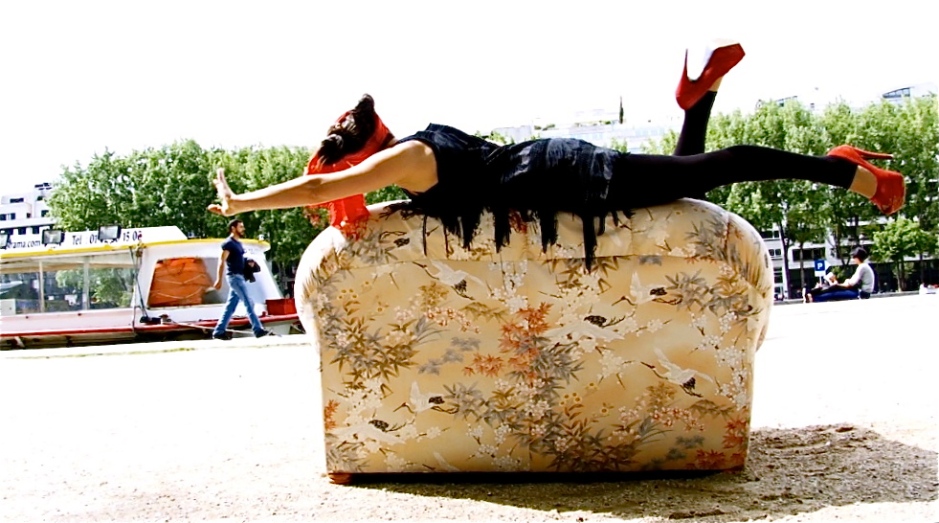 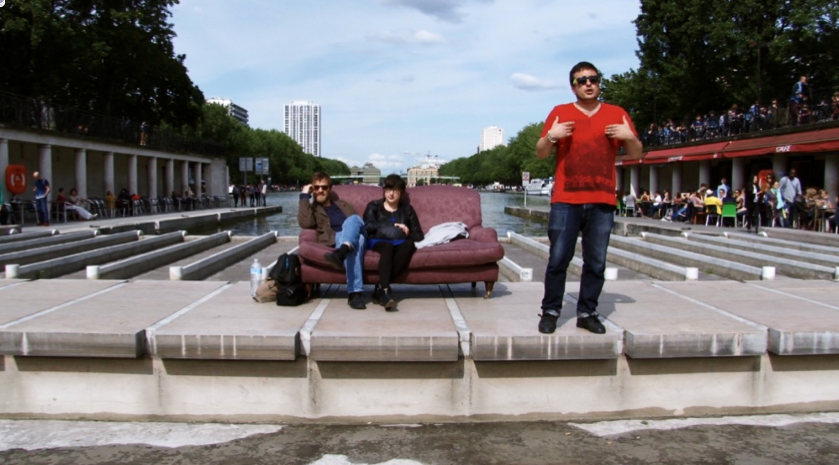 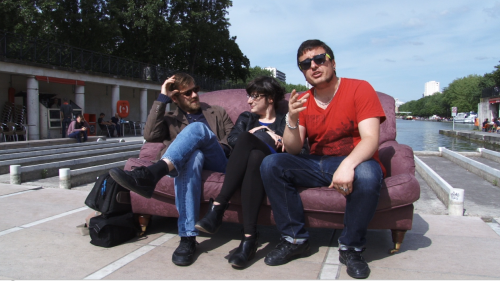 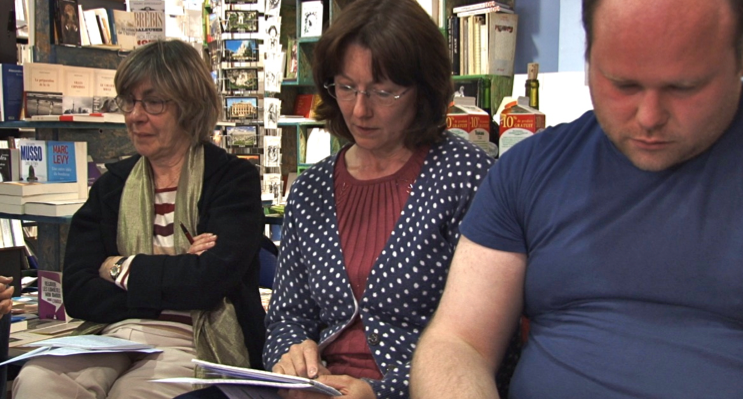 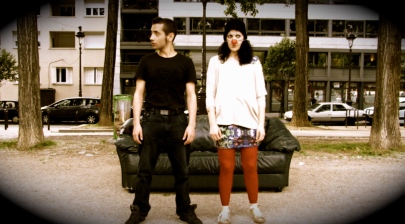 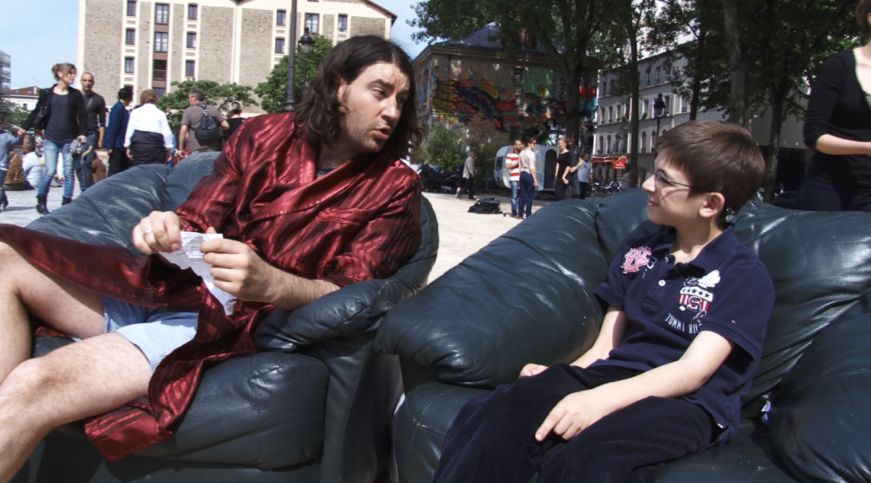 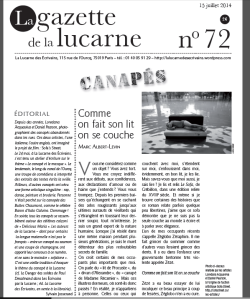